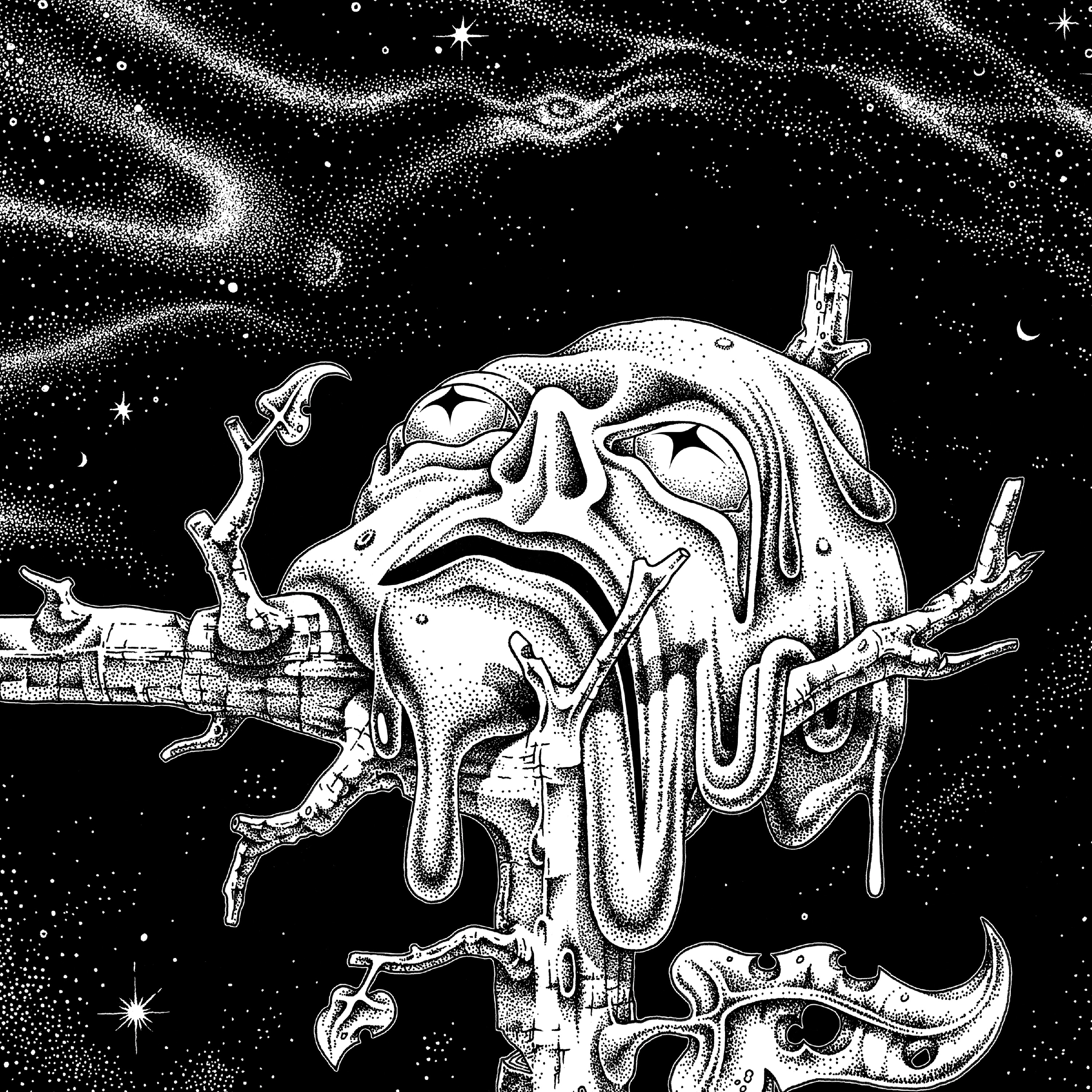 We are beyond excited to announce the newest signing to our label, Los Angeles heavy hitters Hooveriii! The band's 2nd LP and debut for The Reverberation Appreciation Society, Water For The Frogs is out April 9th, and up now for pre-order with a buffet of glorious vinyl versions.
VINYL + DIGITAL PRE-SAVE
Head to our store to choose between Rainbow Explosion and Black Hole colored vinyl. US, UK & EU indie stores also have exclusive editions up for grabs! Don't miss out on the first pressing of these, limited to 300 each! These colors won't be around very long.
Can't wait for y'all to year this record! 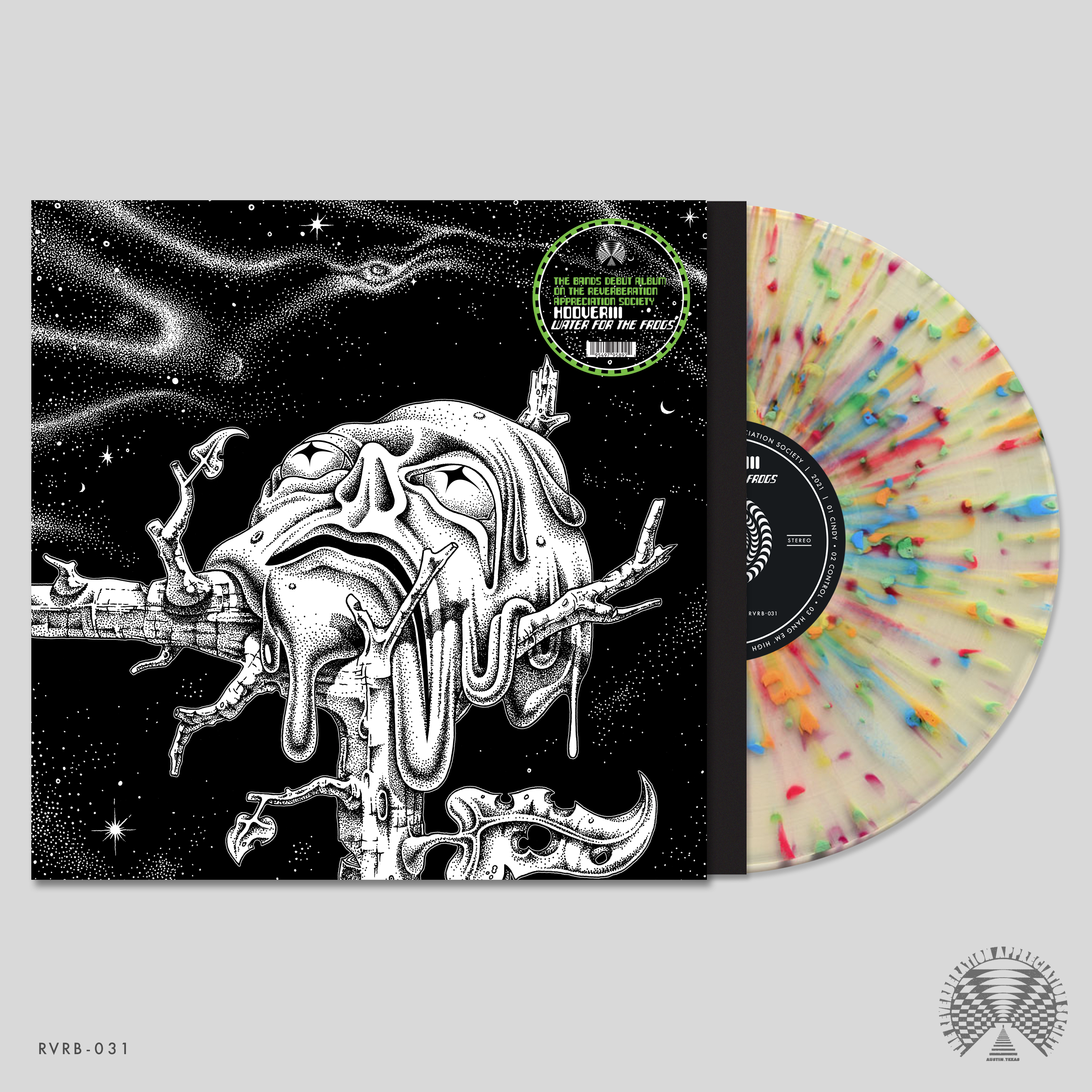 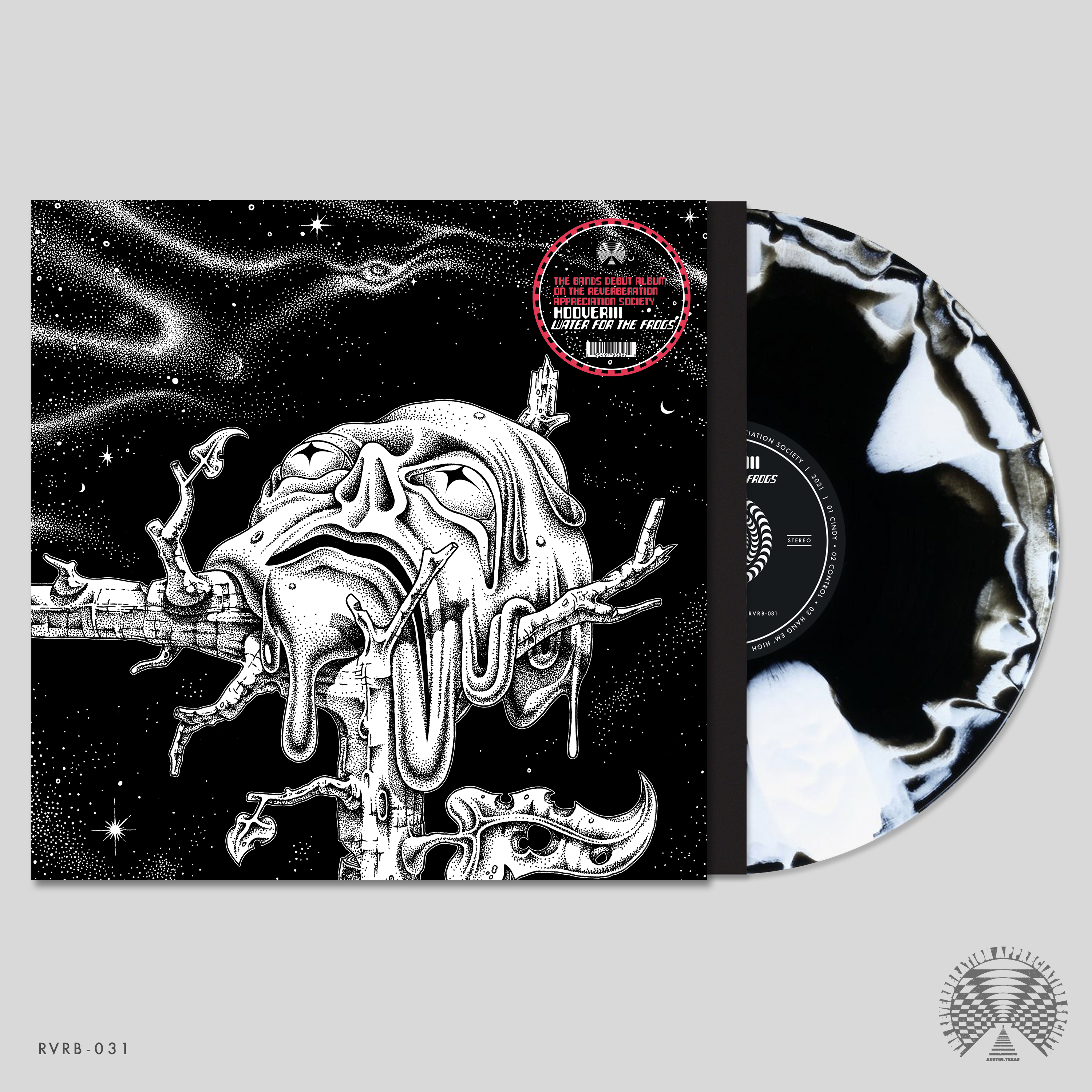 The first single, Control, is out now streaming everywhere and up on Youtube for your viewing pleasure. Check it out:

Having originally been born as a solo drum machine project by Bert Hoover, Hooveriii (pronounced "Hoover Three") has now evolved into it's true final form - a six member band adept at creating their own brand of psychedelic space rock. Today they announce the April 9 release of Water For The Frogs, their sophomore album, and debut for The Reverberation Appreciation Society label. With this announcement the band also revealed the first taste of the album by way of “Control.” The single is Hoover's self-examination into priorities and of it Hoover notes, “LA can be very discouraging when people prioritize image and lifestyle over their art. I think anyone can be guilty of this. LA is a cool fucking city and it's really easy to get caught up in the web. If you spend too much time looking in the mirror, you'll never leave your house.” The video for “Control” was directed by Rocío Mesa.

Influenced by Iggy’s The Idiot, Bowie’s Berlin records, and Soft Machine, Water For The Frogs sees the band creating their own version of prog rock, circa 2021. Its creation began in 2019 when Hooveriii took their live show to Europe for the first time. Bert Hoover shares, “seeing all the old cities and beautiful landscapes while becoming closer as a band had a huge impact on this album. A lot of our favorite music came from the Krautrock scene in Germany from the late 60's-70's, and when we had a day off in Furth, Germany, we spent most of it writing the record,” he continues, “we were able to rehearse in an old German bunker that has been converted to rehearsal space. It definitely had a strange energy that helped give this album light.”

Returning to their homebase of Los Angeles and spurred by the imminent departure of Hooveriii’s longtime drummer Shaughnessey Starr, the band went back to Station House in Echo Park, CA to once again work with the in-house engineer and producer Mark Rains. Putting the studio’s 70's Eventide Harmonizer to good use the end result are the 7 tracks found on Water For The Frogs. Each one ripe with enough sonic layers that listeners will find something new to discover with each spin. This LP also marks the first time that the band has recorded all brand-new material -- their debut album consisted of tracks that Hoover had previously recorded and released on cassette tapes.

With the release of Water For The Frogs the band has no plans to sit back and relax -- they can’t wait to get back into the studio emulating bands that get to release multiple albums a year and tour constantly. “That sounds like a dream,” Hoover says, “playing live is when we get to have fun. Some songs end up changing, growing new arms and legs. Learning how to walk on their own.”